Bio: Binyong Sun received his bachelor's degree from Zhejiang University in 1999, and doctorate degree from the Hong Kong University of Science and Technology in 2004. After a short postdoctoral experience at the Swiss Federal Institute of Technology Zurich, he worked at the Academy of Mathematics and Systems Science of the Chinese Academy of Sciences since 2005.  In 2020, he then joined the Institute for Advanced Study in Mathematics (IASM) at Zhejiang University as a permanent member.

Binyong Sun’s research interests include representation theory of Lie groups and the theory of automorphic forms. By proving some long-standing conjectures, he has established several deep and fundamental results for representations of classical groups. He received the Tan Kah Kee Young Scientist Award in 2014, the Outstanding Youth Science and Technology Talent Award in 2016, and the State Natural Science Award (second class) in 2018. In 2019, he was elected a member of the Chinese Academy of Sciences. 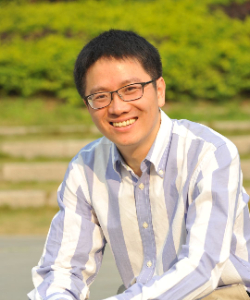