On the rational theory of continuum mechanics

Modern approaches to the construction and development of a rational theory of continuum mechanics according to D. Hilbert's sixth problem are considered.

An inspiring example of rational approaches in other fields of mechanics were the famous works of J. Lagrange and P. Appel. The fundamental basis for such views is the mathematical foundations of mechanics, created in the times of I. Newton and L. Euler, and the powerful development of mechanics of deformable media, provided in the 19th century by the works of A. Cauchy, his contemporaries and followers. The 20th century was marked by the creation of a unified theory of continuum mechanics, which united various sections of the science of deformable bodies and media, and by the creation of a general theory of constitutive relations in the works of A.A. Ilyushin as well as W. Noll together with C. Truesdell, which appeared as the most important discovery of mechanics in the 20th century. All this led to the search and development of rational approaches in the theory of continuum mechanics.

The paper focuses on the axiomatization of the general theory of deformable media mechanics and its topical problems. A modern system of axioms of general Newtonian mechanics is given. All kinds of tensor mechanical characteristics of different ranks are considered, a set of tensors obeying special rules when the reference frame is replaced, called objective tensors, are marked out and their classification is proposed. The mappings that connect such characteristics are studied, the mappings that do not depend on the reference frame are distinguished, and the criterion for such independence is established. The system of axioms is constructed and the theory of generalized tensor measures of stresses and strains is developed. Axioms of the new general theory of constitutive relations are introduced, taking into account additional parameters of mechanical processes, and the new general reduced system of constitutive relations is obtained. A generalization of the notions of the process image and the Ilyushin’s isotropy postulate to the range of finite deformations is considered. 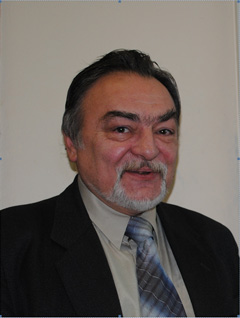